Home > Spiritual > There is Hope: A Spiritual Perspective on the World Situation

There is Hope: A Spiritual Perspective on the World Situation 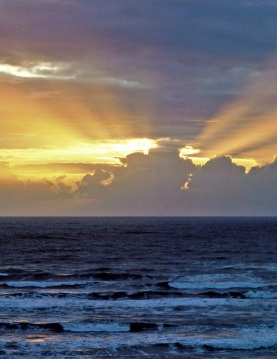 More, than half a century ago, Paramahansa Yogananda described the changes that the world would go through as part of its transition into a higher, more spiritual age. While he did not give an exact timetable, he did offer a great deal of spiritual counsel and practical advice for dealing with these challenging times.Paramahansaji’s guru, Swami Sri Yukteswar, revealed in his book, The Holy Science, that the Atomic Age (Dwapara Yuga) is a new ascending stage in the life of our planet. However, Paramahansaji pointed out, the influence of the Dark Age (Kali Yuga) just recently past still weighs heavily upon contemporary civilization. The thought-patterns created during thousands of years of materialistic interests are reflected in multifarious customs, traditions, and superstitions that separate man from man, nation from nation. As humanity throws off these age-old delusions and inharmonies, Paramahansaji predicted great ups and downs in the fortunes of societies and nations — and thereafter a period of unparalleled progress the world over.

Summarizing Paramahansa Yogananda’s advice on this subject, our revered third president Sri Daya Mata — one of the Guru’s earliest and closest disciples — said:

“Paramahansa Yogananda impressed on us the understanding that whenever world conditions or civilizations undergo significant changes, there is always an underlying subtle cause — the hidden working of the law of karma that operates in the lives of individuals and on a mass level of international affairs. Just as with challenges in our personal life the right attitude is, ‘What am I to learn from this?’ so the world as a whole needs to understand the lessons that the Divine intends us to assimilate at this point in our evolution.

“Humankind has to embrace the art of balanced spiritual living, and it has to learn to get along as one global family. The pressures we feel and the anxieties that plague us in this era of exploding technological advances will sooner or later compel us to learn these lessons.

“Paramahansaji foresaw this years ago, and told us many times: ‘The day is coming when the world will have to get back to simple living. We must simplify our lives to make time for God. We must live more with the consciousness of brotherhood, because as civilization evolves into a higher age, we are going to find that the world becomes smaller. Prejudice, intolerance, must go.’

“There is hope — for individual families as well as for relationships among the global family of nations — if we make time to nurture those goals and values that are conducive to real peace and spiritual understanding.”

“Jesus said, ‘A house divided against itself cannot stand.’ Science has brought the nations so close to one another that the once vast world is now more like a household, with each member interlinked and dependent on the others. Considering how difficult it is for even a small family to stay together amidst the disuniting trends of our times, is there hope for unity in the world at large? There is hope — for individual families as well as for relationships among the global family of nations — if we make time to nurture those goals and values that are conducive to real peace and spiritual understanding.”

Spiritual Light for These Challenging Times