On Sunday, June 21, people around the world gathered to celebrate the United Nations’ first ever International Day of Yoga. The result was widely acknowledged as the largest number of people engaged in yoga at one time in recorded history.

Directly or indirectly, much of the present world interest in yoga is a consequence of the teachings Paramahansa Yogananda took from India to America ninety-five years ago. Widely regarded as “the father of yoga in the West,” Paramahansaji was the first to make available on a mass scale teachings that contain a system of scientific pranayama (life force control) techniques. Yoga’s ultimate goal is the realization of oneself as an omniscient, omnipresent soul. Yoganandaji’s program — detailed in the Yogoda Satsanga Lessons— provides a pragmatic approach to this underlying basis of religion. And it is a system that continues to appeal to ever-greater numbers of people: those interested not only in the physical benefits of Hatha Yoga, but those interested in developing their mental abilities and, most of all, their spiritual selves. 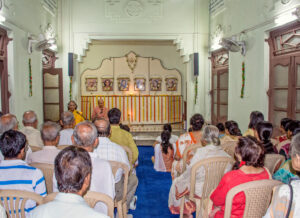 “The Sanskrit word yoga simply means ‘union’ — of the physical and spiritual. Union of body and mind for control of body by mind is Hatha Yoga, currently the most popular form of yoga. In its spiritual aspect, yoga means union of Atman, soul, with Paramatman, the Cosmic Spirit, for permanent removal of suffering and attainment of moksha, infinite bliss. This union can be achieved through various methods: Bhakti Yoga involves prayer and devotion; Mantra Yoga is through chanting and incantations of seed sounds; Laya Yoga is dissolving of ego in the Infinite; Karma Yoga is performing selfless good actions, and Jnana Yoga is all about exercising discrimination. 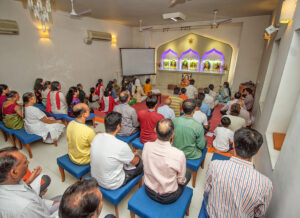 “Yet another form of yoga, Raja Yoga, is a synthesis of all forms of yoga. This is called Ashtanga Yoga or the eight-fold path of yoga as expounded by Sage Patanjali, that enumerates eight steps to union of soul with God: Yama, moral conduct; niyama, religious observances; asana, right posture; pranayama, control of prana, subtle life currents; pratyahara, withdrawal of senses from external objects; dharana, concentration; dhyana, meditation; and samadhi, superconscious experience.

“Although the science of yoga was conceptualized, developed, perfected, and practised in India over millennia, the West became aware of it only in the late 19th century when Swami Vivekananda briefly visited the US and several European countries. Later, Paramahansa Yogananda taught scientific techniques of concentration and meditation to seekers in India and in the West. He founded Yogoda Satsanga Society (YSS) in 1917, and went to the US in 1920 to participate in an International Conference of Religious Liberals. In 1925, he established Self-Realisation Fellowship (SRF) international headquarters in Los Angeles. He lived in the US for more than three decades, giving discourses and training monks and nuns, introducing to seekers a special form of Raja Yoga, called Kriya Yoga.” 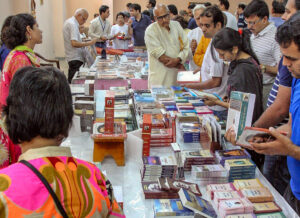 Another article entitled “Steve Jobs’s Secret to Greatness: Yogananda,” written by Dr. Hitendra Wadhwa, professor of professional practice at Columbia Business School, and featured in an online edition of the business publication Inc. magazine, reflects this broadening influence of yoga. The article traces the influence of Yogananda’s message on the world, and upon the late business visionary and co-founder of Apple Computer:

“Since Yogananda’s passing in 1952, many teachers have followed his trailblazing path to bring yoga to our world, helping make it a fixture in popular culture as it continues to take hold with young and old, the elite and the ordinary, the spiritualists and the atheists. What distinguishes Yogananda from these subsequent emissaries is not simply that he paved the way for the modern yoga movement, but that from the outset he focused far beyond physical exercises and shone a powerful and practical torchlight on the path to yoga’s true purpose: actualizing the infinite potentials within us all. Perhaps that is why his Autobiography of a Yogi was the only book Jobs downloaded on his iPad—and, after first encountering the book as a teenager, went back and reread once every year.

“On this first International Yoga Day, let’s tip our hats to the teacher who first introduced the modern world to the transformative power of yoga as a timeless inner discipline, and who was such a silent force in the life of the greatest entrepreneur of our times.”

Throughout the country, at all YSS Ashrams, and around 40 Yogoda Satsanga Kendras/Mandalis organized Open Houses which consisted of an introduction to YSS and the Kriya Yoga teachings of Paramahansa Yogananda, chanting, breathing techniques, visualization, and a short guided meditation. Hundreds got benefited, and enrolled for the Yogoda Satsanga Lessons.