Home > Blog > AWAKE: The Life of Yogananda to Reach the Big Screen in Fall 2014

AWAKE: The Life of Yogananda to Reach the Big Screen in Fall 2014 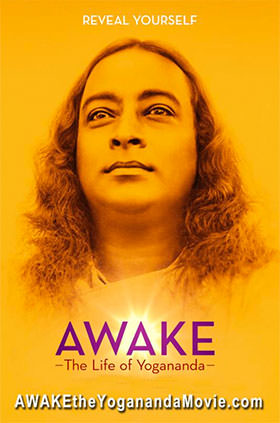 After a five-year journey to bring Paramahansa Yogananda’s life and teachings to the big screen, CounterPoint Films has announced that its work on AWAKE: The Life of Yogananda is nearing completion and this widely anticipated film is now slated for a theatrical release in the fall of 2014.

For starters, the Illuminate Film Festival in Sedona, Arizona – a platform for conscious cinema – has selected AWAKE as one of its documentary features, which it will screen on Friday, May 30. The screening will be followed by a panel on Paramahansa Yogananda’s “How-to-Live” principles. For more information, please visit www.illuminatefilmfestival.com.

Earlier in April, AWAKE’s directors, Paola di Florio and Lisa Leeman, participated in the Esalen Inspirational Film Festival in Big Sur where they shared a few excerpts from the film and led a lively interactive discussion about the blessings and challenges of making a spiritual documentary.

Tickets to attend the festival screenings will be available to the public. If you would like more information about the film or festival screenings, and to join the filmmakers’ mailing list, please visit the film’s website at www.AWAKEtheYoganandaMovie.com.